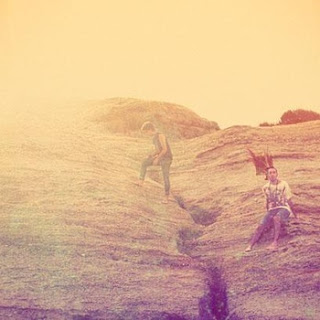 Time to introduce you to League, a London based electronica duo who create emphatic lo-fi experimental pop music. Former classmates Jorge Ribeiro and Jose Tornada make up the group who recently self-released their debut EP titled 'Golden Maps', just in time to soundtrack your Summer. 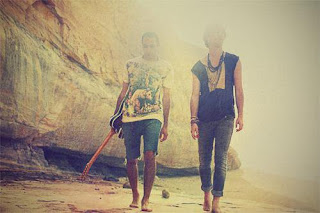 I'd normally highlight the stand out tracks from the record, but actually it's quite difficult to pick them individually, such is the high overall quality of the eight track album. However the title track 'Golden Maps' and 'Take My Hand' are perhaps the most recognisable across the web, demonstrating League's successful formula of high energy beats with melodic vocals. There are clearly a lot of 'worldly' influences going on, with experimentation a clear requisite for how this duo operate. Comparisons can therefore be drawn with the likes of MGMT, an electro version of Tame Impala, or Bat For Lashes. On the other hand more mainstream pop/rock collaborations such Fenech Soler or Delphic could also be touted. The EP closes with the glorious 'The Universe Glows Below' a powerfully addictive song which almost entices you to press that play button again and again.
The high tempo and melodic nature of League makes them perfect for the live scene, with their position as Summer festival favourites sure to be cemented over the coming years. Get a taster of the fun by checking their live shows out around London, at the Bull & Gate (August 9th), The Old Blue Last (16th August), or Buffalo Bar (14th September). // BUY EP // LEAGUE
Golden Maps by League