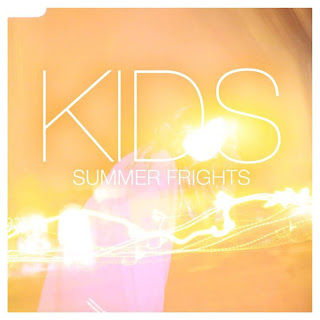 San Diego's Kids have delivered one of the most refreshing records I have come across so far this year in the shape of their debut EP 'Summer Frights'. What makes this even more delightful and impressive is that the 5-piece (Nature, Cory, Blake, Ben, and Matt) all between the ages of just 17 and 19. Kids, appropriately titled then. 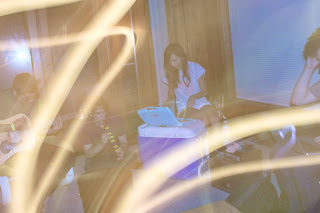 They kick off their six track EP with the short & sweet 'Hidden Hills', before demonstrating their true songwriting and musicianship qualities on the near five minute long 'Blind Eel'.  The title track 'Summer Frights' could easily fit within prime time radio, whilst 'Melt' and 'Further' are almost No Age like in being unashamedly rock and roll. The record closes with a glorious cover of The Ronettes 'Be My Baby', showing off the group's clear musical knowledge and acknowledgement of where they've come from.

The album was recorded by the band themselves in the house of bassist Ben Levinson, and this is apparent in the production. However rather than detract value to the record this actually adds a real sense of integrity to the songs. For reference points look no further than Best Coast, MGMT, The Drums, and Jack Penate. Vocalist Nature Fejarang has a delicate voice which is sure to break many hearts, whilst the guitars of Matt Bear and Cory Felker are angsty enough to give the band a real edge. This is a charming debut album which is inspiriational, emotional, and fun in equal parts and is sure to soundtrack your Summer perfectly.
Listen/Download/Buy EP // Kids // *Music Liberation highly recommends this one*
Summer Frights by KIDS.