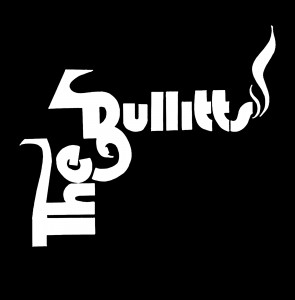 Both The Bullitts and Jay Electronica have been on our radar here at Music Liberation now for some time, but both for different, but still important reasons. Jay Electronica first came to our attention with his lyrical masterpiece ‘Exhibit A’, and since then he has been drip feeding us with his attentive rhymes. The man who could be classed as the future of hip-hop, has essence of the past in his delivery and style with the most accurate comparison I can make being to that of Common.

The Bullitts on the other hand have been wowing us, not just with the critically acclaimed musical ability of man behind it all, Jaymes Samuel, but the beautifully crafted cinematic experience that accompanies each track released from debut record 'They Die By Dawn and Other Short Stories'. The Bullitts are making musical masterpieces and Jaymes isn’t just satisfied with the soundtrack, he wants you to picture the inspiration behind the production. With 'Run and Hide' he has combined French cinema production, with a soulful and simple backing vocal, to which Jay Elec’ adds the finishing touch to what makes this track an absolute smash.
This isn’t the first time the two have collaborated and I would highly recommend checking out both The Bullitts and Jay Electronica's back catalogue. The track ‘Close Your Eyes’ is another example of how style and substance collide, with just a little help from Lucy Liu too! All that is left to say is give us more, much more...
'They Die By Dawn and Other Short Stories' is out later this year.
The Bullitts // Jay Electronica
RUN & HIDE by TheBullitts